Isn’t too much new things to say to these ep, as it was already a secret dancefloor weapon around 2003 and always a highlight on any event, when a dj has played it out loud. The Original version was produced by Corvin Dalek & Jan Kessler in 2002 and came out in 2003 on Corvin’s L.P. I am a Dalek (only on CD). Two years later was released on Vinyl (Flesh) with DJ Klang’s Mui Horny Latinas remix. As Flesh has adjusted the production in 2007 the Original Version was never repressed and released again yet. After 11 Years we’re releasing it – remastered – with all the unreleased mixes and edits in digital format for the first time ever! The latest remixes came in 2014 by the Latino techno-cartel: Trekbor, DJ Klang, Kemp & Thompson, True Anomaly, Omar Labastida, Humbek, Ed Whitty, Temor Hamid and DJ pat. 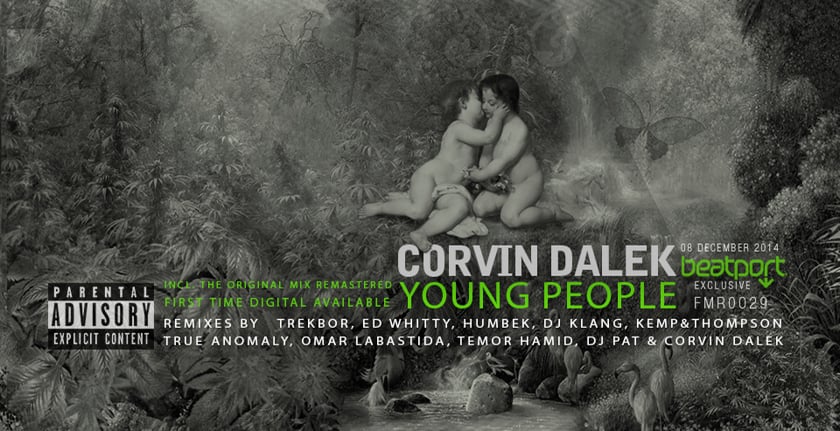